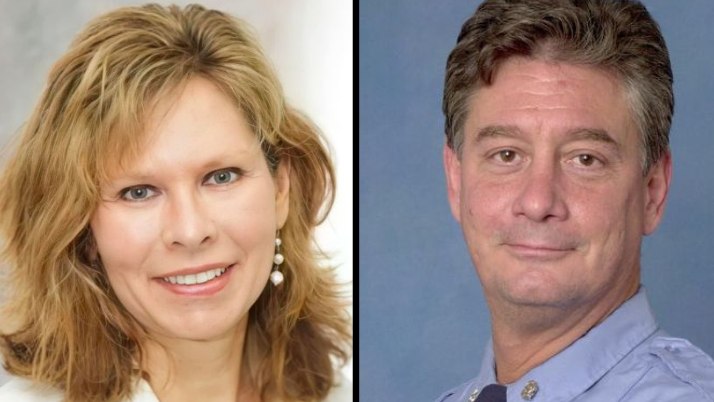 Rest In Peace. God Bless you both. Steve, thanks for the laughs and good times at 23.
M Steven Thorsen, 65, of Staten Island, NY, crossed over and is now at peace. He was predeceased by his father Roy Thorsen and his mother Helen Claire. Steven was the beloved husband of Toni Ann, stepfather of Danielle, Alanna, Anthony, and Tory, and grandfather to two grandchildren. Debonair and chivalrous with a remarkable sense of humor, Steven was an all around likable man. Steven was an only child, and loved spending time with his grandparents who owned an inn on the Upper West Side. Though his parents resided in Brooklyn after his father immigrated from Oslo, in his heart Steven was an Italian living on the UWS. He always admired his father for his own successes in his career in engineering to design some of the most renowned structures in NYC, including the Verrazano Bridge. With such a magnetic personality, Steven's words and expressions seemed bigger than life when he spoke to you. He was very social and helped to organize events for his battalion even after retiring in 2018. He was proud to be an EMT and to wear his uniform. He was a fighter, who beat the odds throughout his career. From a young age, Steven was a gifted artist; he amazed himself with his ability throughout his lifetime. In order to perfect his techniques, Steven attended numerous art schools. As a licensed master faux artist, Steven was very specific about his art, and over the years he refined his process to marbleize wood. He was renowned for his abilities, and consulted many in the community. Two of Steven's proudest moments were when the NYC Fire Department commissioned him to paint works of art for Engine 168 and EMS Battalion 123. Steven's lasting legacy can be seen by others for years to come, and his pieces are displayed in numerous locations. During his 27 years as an EMT, Steven received many honors and awards for his bravery, sacrifices, and selflessness. He responded to the 9/11 attacks as an ambulance driver, and following that tragedy, he spent countless days at the Fresh Kills landfill to sustain the rescue and recovery efforts. Among his many talents and interests, Steven taught himself to speak Italian in his spare time. He loved fishing, horseback riding, and the beach. His greatest passions were his wife Toni, his art, and of course his treasured cat, Moe. Steven was a true romantic and adored sending Toni cards and flowers: and luckily, she wouldn't let him get rid of his Picasso. Steven battled his 9/11 related cancer like the hero he was. Family and friends will be received at the Martin Hughes Funeral Home 530 Narrows Road S in Concord on Friday 2-4 & 7-9 PM. A mass will be held for Steven at Our Lady Star of the Sea on Saturday, June 25, 2022 at 10 AM, followed by the committal at the Cemetery of the Resurrection. Martin Hughes Funeral Home 530 Narrows Road S Concord, Staten Island NY 10304 (718) 447-0873