19th Anniversary of the ATTACK on AMERICA

As we prepare to Remember the 19th Anniversary of the ATTACK on AMERICA, I am reminded of the dedication, the sadness, and sorry of so many and how much our lives changed on that Terrible Day.

In reading the short story of Dan Potters (Johnny Gage), Glory Days page 24, reply # 478, Dan gives us just One Individuals idea of what it was like down there shortly after that plane hit the North Tower. Then knowing that your wife is inside that building, just hoping she is okay.

There are thousands of other stories that each individual who is alive today can testify to Americas Worst Day, September 11, 2001.

We remember of the phone calls to loved ones saying good bye as they were about to die.

We remember the first victim of 9/11 being carried away. His name Father Mychel Judge, the FDNY Chaplin. These days NOT Forgotten, honored yearly in the Father Judge 9/11 Walk with Frank Meade (manhattan) and until his passing, the late NYPD Officer Steven McDonald.

We remember the missing and unaccounted for. The weeks and months of searching. The daily funerals.

We remember the National Prayer Service a few weeks later at Yankee Stadium while the search went on. Where we all joined hands and prayed together.

THANK YOU TO ALL who were there to help in some way. We hope this country will NEVER see another day like that.

We Will NEVER FORGET.
T

Father Mychal Judge was loved by all and suffered his heart attack as the south tower collapsed.
But to be accurate the first member of the FDNY to die was Fireman Danny Suhr of E216.
Engines 205..209..216 and 217 were walking down liberty street minutes before the collapse of the south tower
when Danny Suhr was struck and killed by a jumper on Liberty st near the intersection of Washington st.
the officers and members of Engines 205..209 and 217 assisted the members of E216 with dragging Danny Suhr out of harms way
and then attempted to perform cpr on Danny.
Since i was the officer working in E217 that day i can attest that the care given to Danny Suhr slowed our response into the lobby of the south tower that day saving the lives of many more firemen that day.
Rest in peace Firemen Steve Coakley and Neil Leavy both of E217
Never Forget
M

On this date, September 10th, back in 2001, No One was Ready for such an event that would occur the next day.

This video, takes us back to those upcoming days as two film makers are following the new career of Engine 7, Ladder 1, Battalion 1s newest probationary firefighter. Although it was released back in 2011 for the 10th Anniversary of the Worst Attack in America, it reminds us of the great danger and the terrible loss that this country suffered that day.

We can NEVER let Time heal this Wound. We Must NEVER Forget the lives lost of both the First Line Responders as well as civilians.

We Must NEVER Forget those who have passed on as a result of 9/11 as well as those who continue to suffer throughout the entire rest of their lives.

We ALL are THANKFUL for your services whether the Police, Fire, EMS, the doctors and nurses, as well as our Military who came to Our Country's Aid during this Tragic Time and the War that followed.

I might also add here, that as I understand it, Joe Materia, aka "mack", was a U.S. Army Colonel at the time, and it was Colonel Materia that ran the entire U.S. Army operation in the NYC area at the time.

We give Special thanks to Joe for protecting the NYC area against any further attacks as the events were unfolding.

Thank you for posting this, Bill; your usual great, thoughtful work. And many thanks for your acknowledgement of Col. Materia's extraordinary work.

I'd ask that all members take a couple of minutes to say prayers, simply stop what they're doing or let the tears flow. There's no way that today can be passed by.

Just to say that today the thoughts of thousands of buffs, fire service personnel and members of the public are with you.

We might be thousands of miles away across the pond, but we stand with you shoulder to shoulder as always.

As the 19th Anniversary of the Attack on America comes to a close, these images remind us all of the horror and sacrifice that so many endured.

For many it is not just a yearly event, but it is a daily event for the rest of their lives as they live with the suffering and losses.

Tonight the Discovery channel had interviews with the brothers from Ten House that survived 911. It was only an hour, but I can never watch any program relating to 911 that doesn't start the water works. It was a very emotional program and I just stumbled on it surfing because there is never any good programs on. UFA should keep us informed of programs like this when they are aired.
S

“Here we have sick World Trade Center-exposed firefighters and EMS workers, at a time when the city is having difficult financial circumstances due to COVID-19, and we’re not getting the money we need to be able to treat these heroes,” FDNY Chief Medical Officer David Prezant told the Daily News.

“What would cause you to withhold money from our American heroes who need this money NOW?”

Rep. Pete King (R-Long Island) called bull on finger-pointing.
“The 9/11 firefighters are still untarnished heroes, and to take them on, the heroes, the victims, and to just be quietly, silently, not even advising them that they’re losing their money, just taking it like thieves in the night,” King said, his voice trailing off.
Documents he provided to The News actually showed that the Treasury Department has docked about $3.7 million from the 9/11 fund since 2016. 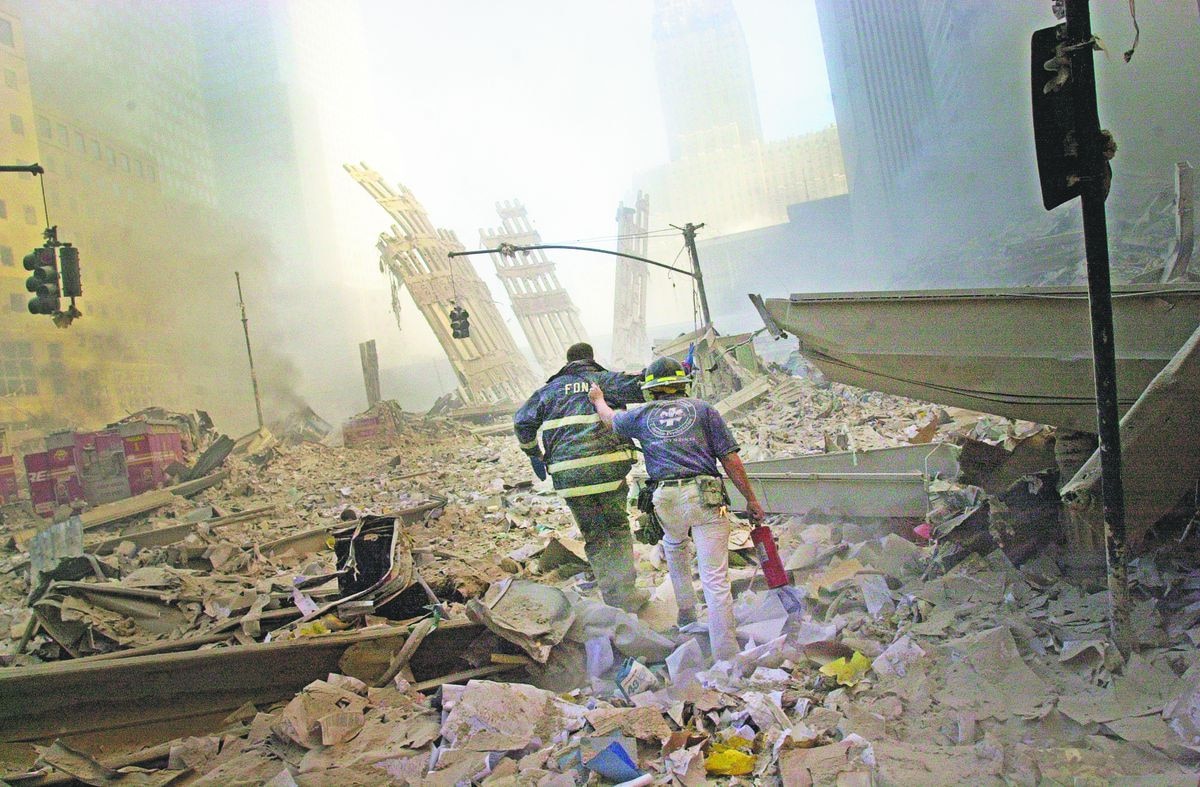 "Our... goal is to get FDNY its funding - we have done everything in our power to try and resolve this issue and are continuing to work with the city while also look into possible alternate ways of making this happen," said an administration official.

'The Trump administration admitted Friday to stripping millions of dollars from an FDNY fund that foots healthcare bills for 9/11 survivors and promised to try to put an end to the heartless practice'. NY Daily News

BritishAndy said:
Just to say that today the thoughts of thousands of buffs, fire service personnel and members of the public are with you.

We might be thousands of miles away across the pond, but we stand with you shoulder to shoulder as always.