Just read on another site that the Bridgeport (CT) FD is going through many changes in the next few days. It seems they hired many folks back in 1980s. Now many have large numbers of years of service. The list I saw mentioned the Fire Marshal, Deputy Fire Marshal, 3 Assistant Chiefs, Fire Inspector, 4 Lieutenants, 3 Pumper Engineers (MPO), and one firefighter. That seems to be one large loss; perhaps our own Reverend wants to apply for the Fire Marshal position. Uncle Willy can show him around since he claims to know something about Bport.
E 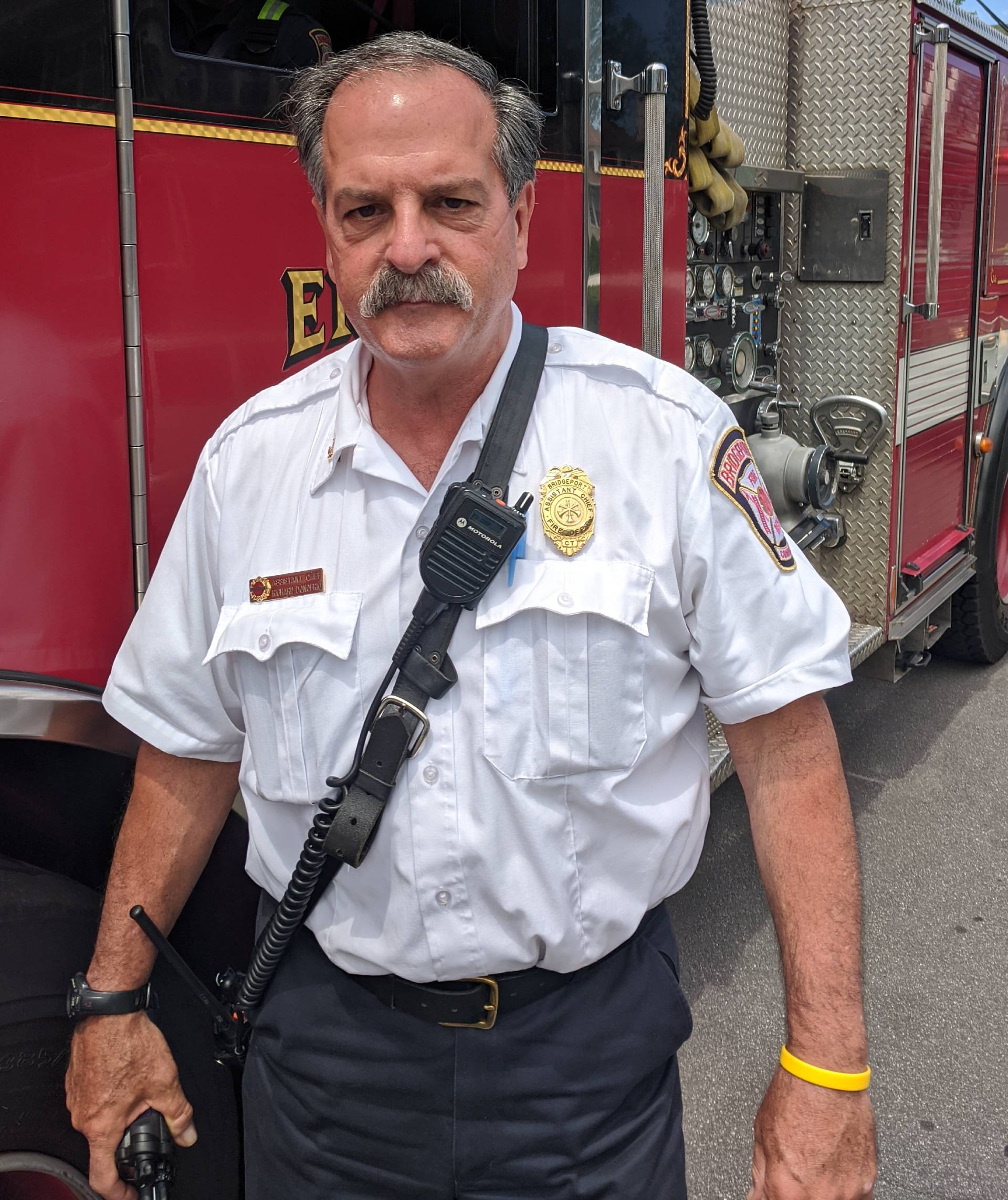 2020-06-25–#Bridgeport CT–#ctfire– Today I went on a call which turned out to be nothing and ran into one of my favorite Assistant Chief’s Richar Donofrio. I was sad to learn today is his last day after serving the city for over 33 years. Fire Marshal Henry Polite Deputy Fire Marshal Richard...


2020-06-25–#Bridgeport CT–#ctfire– Today I went on a call which turned out to be nothing and ran into one of my favorite Assistant Chief’s Richar Donofrio. I was sad to learn today is his last day after serving the city for over 33 years.

All have retired or will be retired in the next day or two. I learned that the city had hired a lot of firefighters in the 1980’s, so they are all reaching the end of the line at the same time. This group ranges from 30 to 40 years on the job. Everyone one of them served the city well and for decades.

Thank you for your service!

THANK YOU VERY MUCH BRAD For Posting that picture of Mr Frankie D and the Most Reverend Elwood, with another great guy who was dedicated and into the job, Bridgeport Asst Chief John McNochil.

In the late 1970s, there had been a court ordered freeze on hiring Bridgeport Firefighters due to a discrimination lawsuit. I was on that list along with my brother. But I had also been hired as a firefighter in Norwich, Ct where I had bought a home and got myself established. As I remember that lawsuit went on for at least two years before it was settled.

That resulted in several guys all hired once that case had been finally settled. When the opening finally got to me, "it was too late". After getting hired in Norwich in May, 1975, it just wasn't worth it for me to make that move.

My brother worked there 25 (?) years and retired as B/C. My father was also on the job there too.

Everything worked out in the long run. We had fun and loved doing the job. Besides, we still kept buffing the FDNY. I guess for both myself and my brother that was the long term plan by somebody greater than us.

Signal73 said:
Willy D asked me to post this

Thank you once again Brad. I am very proud of my brother George.

When he got on the job in Bridgeport, he went on just as that city was starting to see it's own set of War Years. The cities workload of fires was beginning to increase dramatically. Similar to what it's neighbor, NYC about 50 miles away, had seen in many parts of the city. Car fires, rubbish fires, and vacant building fires were a routine occurrence.

When my brother George made Lt he was assigned to Truck 5, now called Ladder 5 out of Bridgeport Fire Dept Hqs. He worked the day of the worst construction accident in Connecticut's history as the Lt of the first due Truck Co. That was the L'Ambiance Building Collapse of a 16 story residential housing unit under construction. That collapse killed 29 construction workers on April 23, 1987. That also included a response from members of the FDNY, Dade County, Fla and Fairfax County, Va, who responded with their (then) newly formed "search and rescue teams".

Today my brother is doing fine and lives about 3 miles from me in a small village called: "Baltic". A village in the Town of Sprague, Ct., population about 4,000 people.

From Bridgeport to Baltic. No multistory housing projects, no abandoned cars, no vacant lots full of rubbish, etc. But he does have the smell of cow manure during the spring season.

Photo Credit goes to my long time Buff Buddy, Ken Kelly who recently turned 96 years old and was given a surprise Happy Birthday Party at our site administrators, John Bendick's home on February 23rd, this past year. Some of the guys here have met Kenny and I still go down to visit him. We talk about all those GREAT Times we had together over the last 50 years, buffing places like NYC, Providence, and of course Bridgeport.
J

I do not like to admit it but I was a volunteer in Fairfield (CT) and worked with Uncle Wilfred, his brother, George, and another site member, BFD151.
It was a long time ago.