Please say a Prayer for the CONTINUED RIP for all killed that "DAY THAT WILL LIVE IN INFAMY "......also please take the time to explain the events to a youngster...... scroll for info... https://en.wikipedia.org/wiki/Attack_on_Pearl_Harbor
Last edited: Dec 7, 2020

For those younger visitors to www.FireFighterCloseCalls.com , today, ?Pearl Harbor Day?remembers the attack on Pearl Harbor, which was a surprise military strike conducted by the Imperial Japanese Navy against the United States naval base at Pearl Harbor, Hawaii on the morning of December 7, 1941.
188 U.S. aircraft were destroyed, 2,402 personnel were killed and 1,282 were wounded. We remember them all from ?The Greatest Generation? who served along with all those who continue to serve today including the Honolulu FD and Hawaii?s Federal FD Firefighters.
FIREFIGHTERS KILLED & INJURED IN THE LINE OF DUTY AT PEARL HARBOR:
As the Hickam Field firefighting apparatus was knocked out, Honolulu Fire companies responded to assist with the fires. At 0826 a Japanese aerial bomb was dropped on crews from HFD Engine Co.1, 4, and 6.
3 Firefighters, Captain John Carreira, Captain Thomas S. Macy, and Hoseman Harry T.L. Pang were killed in the Line of Duty. An additional 6 were wounded from shrapnel. They were Honolulu Fire Lieutenant Fred Kealoha, Hoseman Moses Kalilikane, Hoseman John A. Gilman, Hoseman Solomon H. Naauao, Hoseman Patrick J. McCabe, and Hoseman George Correa.
In 1944 they all were awarded the Order of the Purple Heart. They are the only civilian Firefighters to have ever received this award.
MORE on Pearl Harbor as we remember those lost on December 7, 1941: http://www.nationalgeographic.com/pearlharbor/
2
Last edited: Dec 7, 2020
M

Continued R.I.P. and thanks for your service.

Last survivor to be interred at the Arizona memorial

Also, recall yesterday December 6th was the 103rd anniversary of the Halifax, Nova Scotia war munitions explosion that killed 2,000 and injured 9,000 people. Twelve thousand buildings were destroyed. Every year Nova Scotia donates the the official Christmas tree to the city of Boston as thanks for aid rendered in the aftermath.
N

I read the NY Post today - not a single mention of the 2,403 heroic servicemen and women who sacrificed their lives on that Day of Infamy.

It's only matter of time before 9/11/01 is totally "forgotten", and erased from the newspapers of future September 11th's.

Fly your flag today and let the NY Post know they should have done better.
F

Continued Rest in Peace for all who lost their lives that day.
T

nap72 said:
I read the NY Post today - not a single mention of the 2,403 heroic servicemen and women who sacrificed their lives on that Day of Infamy.

It's only matter of time before 9/11/01 is totally "forgotten", and erased from the newspapers of future September 11th's.

Fly your flag today and let the NY Post know they should have done better.
Click to expand...

The Post must read this forum. This was posted a little over an hour after yours: 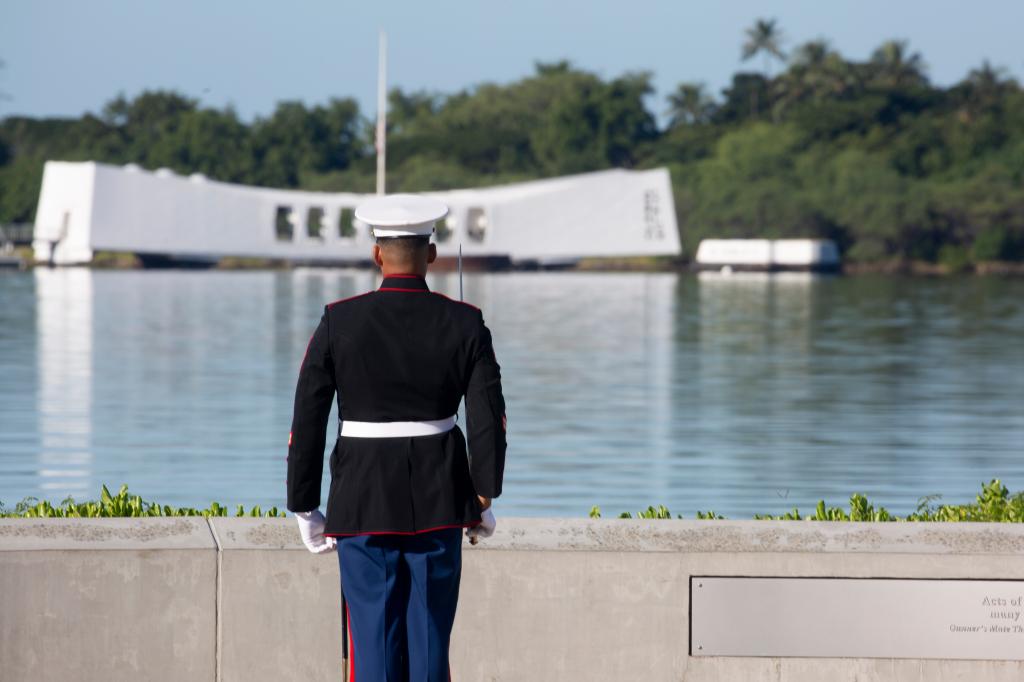 The Japanese sneak attack on Dec. 7, 1941 — which then-President Franklin Roosevelt immortally dubbed “a date which will live in infamy” — killed 2,403 service members and c…

Visiting Pearl Harbor was something I'll never forget. Looking down at the Arizona and seeing the oil still coming from the ship made you realize the importance of what happened that day. Too many heroes to count in one day. About 9 years ago i made another trip to Oahu and happened to be there during Pearl Harbor week and at the Royal Hawaiian I saw some Pearl Harbor Veterans sitting at a table. They had come to participate in ceremonies on Dec. 7. I approached them introduced myself and shook each one of their hands and thanked them. Honestly it was somewhat intimidating to approach these guys because they were real men and heroes to me and i don't have their accomplishments on my resume. They really appreciated it and I had a few words with them. It makes you humble to say the least.
M

May they all continue to Rest in Peace.
L

It’s been 80 years since the sneak attack on Pearl Harbor. Continued Rest In Peace. The medium age of those members was only 23.
E

The remains of Seaman 2nd Class Charles L. Saunders U,S.S. Oklahoma Killed In Action 12/7/41 will be buried at Fairview Cemetery in Winnie,Texas (between Houston and Beaumont) at 10:30 AM CST. The cortege will be lead by the Chambers County Sheriff's Office and the Winnie Fire Department and will pass by all the local schools enroute.
M

entropychaser said:
The remains of Seaman 2nd Class Charles L. Saunders U,S.S. Oklahoma Killed In Action 12/7/41 will be buried at Fairview Cemetery in Winnie,Texas (between Houston and Beaumont) at 10:30 AM CST. The cortege will be lead by the Chambers County Sheriff's Office and the Winnie Fire Department and will pass by all the local schools enroute.
Click to expand...

Given a 21 gun salute by the United States Navy Honor Guard, attended by the entire student body of East Chambers High School, awarded his high school graduation certificate (he was 17 years old), now buried next to his father and mother. RIP

Today, we remember the three HFD fire fighters who made the ultimate sacrifice by responding to the surprise attack on December 7, 1941. Engine 6 was the first to arrive at Hickam Field, joined by Engines 1 and 4, under a mutual aid agreement with the Federal Fire Department.
While responding, the companies learned a bomb struck the airfield’s water main system causing all hydrants to be out of service. This was the first wave of the attack. The fire fighters still fought to stretch hose lines, position rigs, and fight fires, as the second wave of attack planes appeared overhead. For 15 minutes, they endured a barrage of bullets and bombs. When the enemy fire finally stopped, Fire Captains John Carreira and Thomas Macy and Hoseman Harry Tuck Lee Pang had died. Along with the casualties, Lieutenant Frederick Kealoha, Hosemen George Correa, John A. Gilman, Moses Kalilikane, Patrick J. McCabe, and Solomon H. Naauao Jr. were wounded.
The entire HFD showed extraordinary courage, fortitude, and professionalism during that Sunday morning 80 years ago and in the following days. The HFD's nine fire fighters were the first and only civilian fire fighters to receive the Purple Heart. 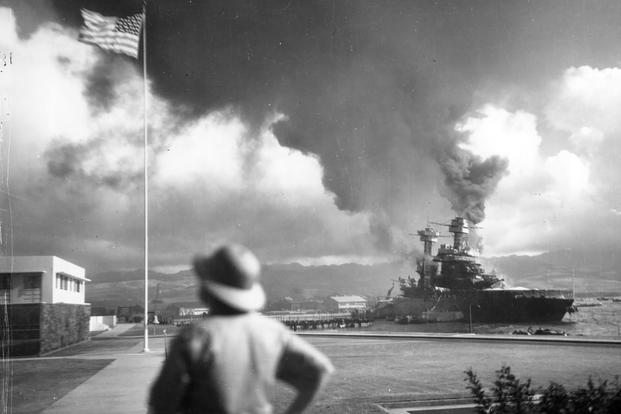 When the Japanese attacked Pearl Harbor on Dec. 7, 1941, they catapulted the United States into World War II in one swift stroke.