Oh Those Busy Fourth of Julys 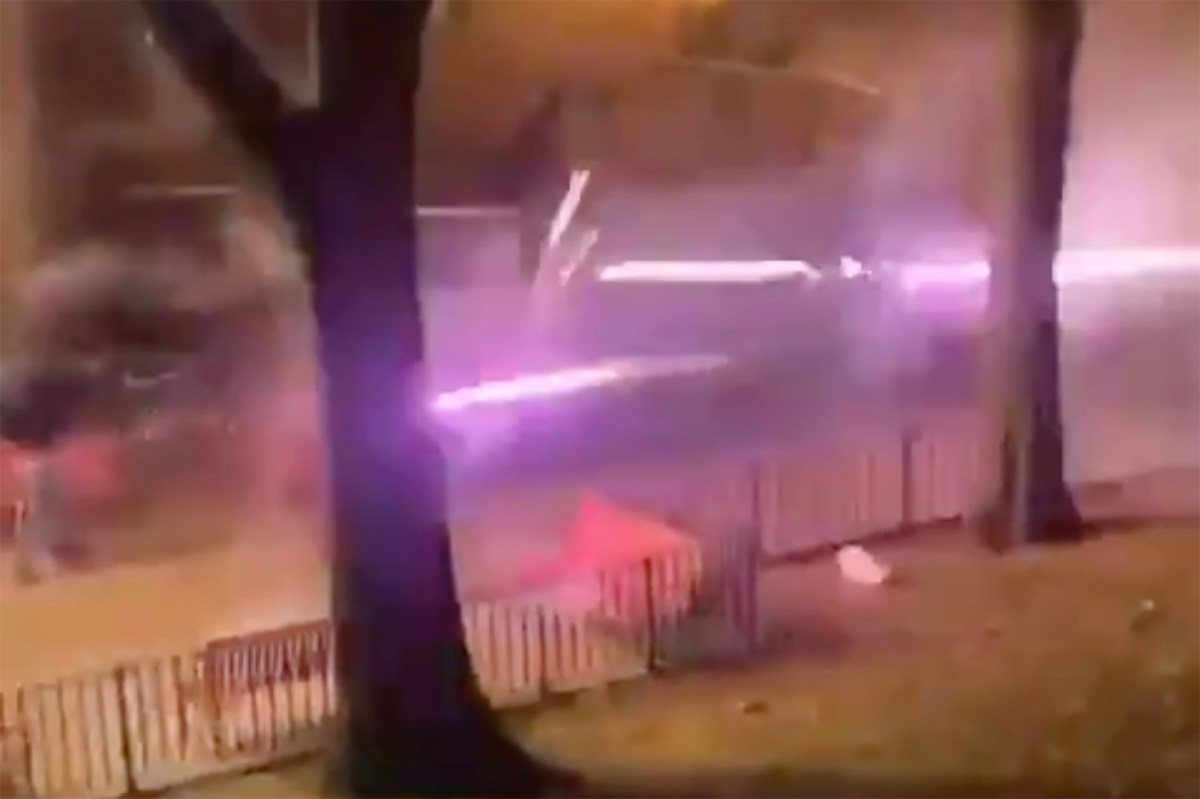 New Yorkers shoot fireworks at each other in wild video

Every night in big cities now seems like the 4th of July from Boston to Baltimore — as the nationwide fireworks group touts “a banner year” for sales. But the loud noises in the Big Apple are…

Eric's constituents are not liking his call to confront the offenders..... https://nypost.com/2020/06/22/nyc-firework-complaints-light-up-311-at-a-shocking-rate/ 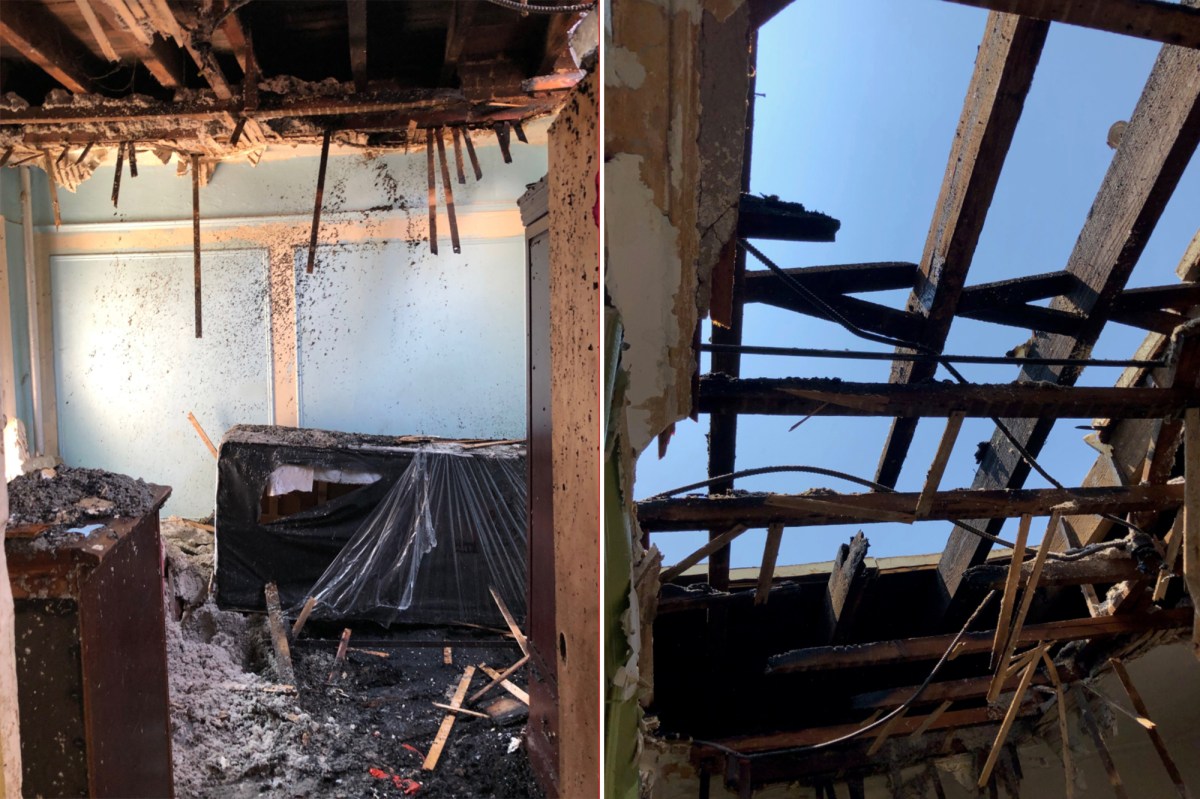 Fire that burned through roof of Bronx building was caused by fireworks, FDNY says

A fire to a Bronx apartment building on Tuesday morning that caused “extensive damage” to the roof was caused by fireworks, the FDNY said. The blaze erupted about 9:20 a.m. atop a 5-story building …

I guess we know where a good deal of stimulus checks went.
D

Off the top of my head, I’d say I worked 25 July 4 night tours. Always made myself available for a mx that night...always among the busiest of the year. Many, many memories..great times. I do have a question for Chief K. I believe it was my last 4th in 11 Truck...so probably 98. Things had slowed down considerably during the Giuliani years..and this night reflected that. Quiet. We always parked the rig at the top of Avenue C just north of 14th st. Facing south into our response area, we’d have a fabulous view of the Macy’s fireworks...street packed with onlookers. This particular night...just as we got comfortable, we were relocated to Brooklyn...119 if I remember correctly. Nothing going on there...more of a massing of manpower as they awaited the onslaught. ( that in itself reflected the times. Back in the day they would NEVER move 11 Truck). Anyway, we stopped at 2nd st and picked up our half of the meal. While heading over the Williamsburg Bridge, coincidently using the north side roadway due to construction, the fireworks began. I stopped the rig mid span...and we watched the entire production. Obviously, traffic was stopped behind us...and a subway train also stopped to watch. Literally the best view imaginable as we were suspended over the river. Everyone out of their cars cheering the festivities. Just as the finale ended, a grizzled motorcycle cop came flying up to us... opposite the blocked traffic. He was livid...hadn’t seen a car come off the Brooklyn side of the bridge for 20 minutes...lol. Asked me who the boss was...I pointed to the guy next to me...and the cop ripped him. Told us the get the eff off his bridge NOW! We did, proceeded to our uneventful relocation. Quiet. So here’s my question for the Chief. After leaving 119, we were redirected to Ladder 140...again as part of a manpower team. Probably near midnight. There were other units there...all under the command of (I believe). Chief Kleehaus. But the timeframe doesn’t work since when, a few months later, I went out to South Jamaica, then Capt Kleehaus was still assigned to Ladder 126. So Chief, do you recall that night? Could you have been ABC? Or has my older brain mis-remembered the event completely? And if I am remembering things correctly, we fully expected a call from downtown since the motorcycle officer had threatened to “go official”. Guess that call never came. Anyway, great memories of great times. Stay safe.
M

Don in reply to your question that you asked in reply # 67 above in this thread..... i do remember a July 4th (possibly 1998 before 133 )... i was the CPT of 126 then but i had been scheduled to be the CPT of a second ENG on OT at 275 using the Reserve Pumper*505 ....i was psyched to go back to Merrick Blvd for the night especially on a July 4th night ....at that time howierd safir the FC had cut DVs to 1 in QNS but on 4th of July it was traditional to have a Command Post with extra Units at 270/DV*13 on 121 St & Atlantic Ave ....."THEY" at the last minute decided that they did not want to put a DC back on 121 St where they had closed DV*13 because they thought the community would jump on it & document that the Job acknowledged that they needed it ....at the last minute on the afternoon of 7-4 i got a call at home that i was to ABC in an extra BN at 275 & another Officer would be in the extra ENG ....i said but i am going to be on OT let the other Officer work ABC & i will be in the extra ENG (not about the minuscule extra few $ ... i just wanted to be the ENG Officer with the guys i had sort of twisted the DVs arm to get those particular FFs working in the Unit that night ).....they said no because we can only get a LT so he can't ABC....i said OK still figuring i would at least be on Merrick Blvd with the guys....i show up early & get a warm greeting from my former Great FFs ....they had planned the meal ETC, ETC for the evening .... at 1800 a spare Suburban pulls up with a BC in it....he says "i am ADC ing in DV*whatever" here tonight ) .... (not really a damper just a little cramp) .....the evening progresses very slowly compared to previous years & around 2300 we the extra BN get sent to a standby post at 128/259/BN*45 on Greenpoint Ave .....i think this is where you wound up Don as i remember standing outside with Gonzo (listening to fireworks in the distance) discussing how July 4th used to be.
?

With the current lack of leadership in the State, City, Fire and Police Departments. With the disrespect for and lack of fear of the police and with the mob control of the same streets, 2020 will be the most hostile and dangerous 4th of July in the city's history.
Last edited: Jun 30, 2020
U

I remember my first 4th of July as a boss in 96 Engine. About 0300 hrs we get a box for a rubbish fire on Westchester and Ward Aves. under the elevated 6 train. There’s a huge bonfire going that’s fuel by the drug dealers in the neighbor throwing fireworks into it. They were kind of like the Macy’s of the South Bronx. I knew there was no way I was going to pull up and douse the fire, there would have been a riot. I asked for a 10-7 from the dispatcher and when he said there was none I gave a 10-92. I miss working on the 4th. (hell, I miss working period).
?

One summer night 1975 I believe there were 3 or 4 4th alarm simultaneous fires in 82's response area. Fires were set by the then Black Panthers as a "statement" according to the newspapers the next day. When 82 (1st due) responded into the first fire they had fire showing from over a hundred windows in a 6 story vacant extending into the exposures. My fear is that now with this political climate a similar incident(s) the first due units would be met by a mob at the corner of the block and telling the members that "you can't come in here." It seems that even the police now are prevented from unhindered response/safety with many dangerous calls.
You must log in or register to reply here.
Share:
Facebook Twitter Reddit Pinterest Tumblr WhatsApp Email Link
Top