nfd2004 said:
Later becoming the home of Fire Salvage # 3. Followed by two separate second alarm fires in that building when that Fire Salvage Company was closed down.

"mack", a great job done and some great historical information and photos of the FDNY.
Click to expand...

You got it too.
M Lowery left a job in Harlem as head usher for the Alhambra Theatre for his first civil service appointment. After taking a number of tests, he became a Subway Conductor for a year in the Transit Authority.[1] The next call came from the New York City Fire Department (FDNY). Lowery was appointed as a fireman in 1941. He was promoted to fire marshal in 1946, and that same year won a commendation for arresting a man for 30 acts of arson and burglary. In 1960, he was cited for capturing an armed arsonist, and the year after became an acting lieutenant in the Bureau of Fire Investigation.[2] During this time, Lowery was an active member of the Vulcan Society, serving as its President from 1946 to 1950, 1953 and 1954, 1957, and from 1959 to 1963.

On November 14, 1963, Lowery was appointed Deputy Fire Commissioner.[3] He addressed the racial issue head on, striving to increase the proportion of blacks and the sensitivity of whites. He also increased the number of black firefighters assigned to black neighborhoods, as well as the number of blacks in leadership roles.

On November 23, 1965, incoming Mayor Lindsay announced the appointment of Lowery as Fire Commissioner of the New York City Fire Department. His was the first commissioner level appointment announced by the Mayor-elect. Lowery, who was the first African American to serve as a Fire Commissioner of a major U.S. city, served in that position for more than 7 years until his resignation on September 29, 1973 in order to campaign for then-Controller Abraham D. Beame, the Democratic candidate for Mayor.[4] 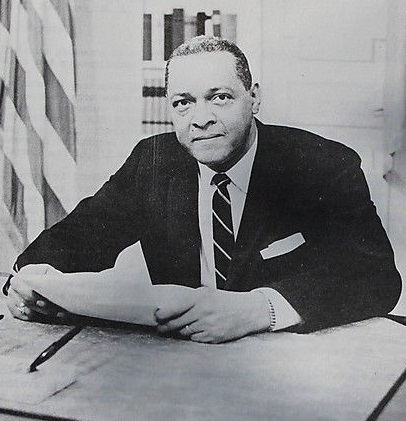 Joseph B. Martin was born in New York City one year after the start of the Civil War. He grew up on East 13th Street. On January 18, 1884 he was appointed to the Fire Department of the City of New York. Amongst his brother firefighters he was unique having attended two years at City College. He studied, took promotional examinations and on November 19, 1889 was made a Lieutenant. Just four years later, he advanced to Captain.

As Captain of Engine 31, the company responded to a warehouse fire seated in the building's cellar. At a time long before breathing apparatus, Martin and his company fought vigorously with member after member retreating due to the intense smoke and heat. Martin stayed in place at the nozzle. Chief Croker, realizing the futility of the attack, ordered all members out of the building. But Captain Martin did not leave the knob . Croker went in after him and, after forcing him to leave, introduced the Captain to reporters by saying, "Gentlemen, this is "Smokey Joe" Martin." The nickname stuck and, as legend has it, was the basis for naming the mascot of the National Forest Service, "Smokey Bear" who was created by New Yorker and Advertising Council executive Harold Rosenberg in 1944.

Chief Martin was well known for getting into the fray. In 1922 he responded from his Manhattan quarters out to Arverne on the Rockaway peninsula, where the entire summer resort town was in flames. He took the fire to a fifth alarm, often taking the line himself. One of the City's most unusual blazes, known as the "Greenwich Volcano" where Lieutenant John Schoppmeyer made the Supreme Sacrifice. Chief Martin was literally blown through the door of a building by one of the explosions. When Mayor Hylan asked the Chief how he felt, Smoky Joe said, "fine" only to crumble unconscious at the Mayor's feet. He refused Dr. Archer's plea to go home. Instead, he commanded the fire from a stretcher placed in the window of an undertaker's shop across the street

On April 16, 1930 at the age of sixty-six he was so exhausted at a three-alarm fire on East 33rd Street that he collapsed. Dr. Archer wanted him to go to the hospital but he refused and continued to command the fire from a stretcher. The next day he was designated disabled by Chief Medical Officer Joseph Smith leading to his eventual retirement as of November 1 that year.
- from Find a Grave

Chief Martin at fire - right side.

This picture captures the last alarm all 6 of the members riding on that rig would ever respond to.

The men from Ladder 118 responded into the chaos and emerged at the doomed Marriott World Trade Center hotel.

Survivors remembered seeing men with the number 118 on their helmets running up the stairs to help the panicked guests.

They were never seen alive again.

When the 110-story towers collapsed, the hotel was pulverized. More than 900 guests and scores of Marriott employees escaped. Many were likely aided by the men of Ladder 118.

Their rig, a mangled wreck of steel and glass, was recovered within days of the attack. Two months later, firefighters digging in the mountain of rubble spotted tools emblazoned with the Ladder 118 logo.

Some of the men from Ladder 118 were found within a few feet of each other, and the survivors in the firehouse were grateful that the men spent their final moments together.

Three of them — Agnello, Vega and Cherry — are together still, buried in adjacent plots in Brooklyn's Green-Wood Cemetery.

Their simple yet elegant headstones sit on quiet, grassy slope, shaded by a canopy of oak trees.

Every year, the families and firefighters make a sacred pilgrimage to their graves, as well as to those of their other fallen brothers elsewhere in the region.

Her two sons were 3 and 1 at the time

We will NEVER FORGET YOU

FF Vernon Cherry was in the band that played at my wedding. He had a great voice and I remember when my wife and I went to hear them for the first time. the reason we chose them was because of Vernon's and the lead female singer's (Phyllis) voices. They were excellent. I made a couple requests for him to sing and he was a real nice guy. I'm sure there's parts in my wedding video of him singing. That was 1995 unfortunately 6 years later he was gone. I didn't really know many people that were lost that day but I remember clearly telling my wife "I think that's Vernon Cherry from Starfire". Even 6 years after I remembered who he was because he left such an impression on us. What a shame someone with his talent was taken like that. Rest In Peace Vernon Cherry and thank you.
M

You got it Chief.

This medal was presented to FF Thomas J. Kehoe, Engine 85 -a fireboat - for valor in 1938. He made a daring rescue of a patient threatening suicide who was on the ledge of the 8th floor at Bellevue Hospital.

jtsjc1 said:
FF Vernon Cherry was in the band that played at my wedding. He had a great voice and I remember when my wife and I went to hear them for the first time. the reason we chose them was because of Vernon's and the lead female singer's (Phyllis) voices. They were excellent. I made a couple requests for him to sing and he was a real nice guy. I'm sure there's parts in my wedding video of him singing. That was 1995 unfortunately 6 years later he was gone. I didn't really know many people that were lost that day but I remember clearly telling my wife "I think that's Vernon Cherry from Starfire". Even 6 years after I remembered who he was because he left such an impression on us. What a shame someone with his talent was taken like that. Rest In Peace Vernon Cherry and thank you.
Click to expand...

Vernon Paul Cherry
Vernon Paul Cherry‚ 49‚ firefighter‚ FDNY‚ Ladder 118. During his 29 years on the job‚ Cherry made a name for himself. He was an outstanding vocalist who sang at official firefighter functions and joined his band to entertain at social events. Almost 50‚ he was planning to retire at the end of 2001. A father of three‚ he was also a longtime court reporter and well known in the halls of justice. As a black firefighter‚ he helped bridge racial barriers.

He was just a terrific guy. Reply # 2788 FF Vernon Cherry LAD*118....Vernon was originally a FF in ENG*249 before transferring to LAD*118.....when I was in R*2 originally (before Rescue Services & SOC ) we were in BN*31 which had two Tillers 110 & 118 often Former Truck FFs from R*2 would get detailed to 110 or 118 to Drive or Tiller if they did not have a Qualified Chauf or Tillerman.....I Tillered for Vernon on a few occasions & he never got beat in when he was driving ....he always had a smile & when he introduced himself to a new person he would say "my name is Vernon Cherry like Cherry Pie" & he said it with a twang " in Warren Fuchs book "WHERES THE FIRE" there was a nice picture of Vernon while in 249 on the Nozzle getting ready to move in on a heavily involved store Fire.... as stated in his summary he was also a Court Stenographer & I had seen him in action on some of my appearances .... he was cranking away....GONE BUT NOT FORGOTTEN.
Last edited: Today at 2:28 AM