Boston Fire Department has announced the death of former Commissioner Leo D. Stapleton. He served with the Department from 1951 until 1991.
L

Loss of a legend, I certain his contributions to the fire service will not be forgotten.
J

Author of many books. RIP Chief.

What a life! He sure made BFD proud. I think his best book was his first...Thirty Years On the Line.
He was a first rate observer of his fellow firemen. His descriptions of Slim, The Runt, the Hokey-Pokey Axe Murderer, and those clowns at Rescue One are hilarious. His tribute chapter on Freddy Clause is priceless. His recounting the recovery of his father's near fatal injury at the Maverick Square collapse in November, 1942 is simply beautiful.
And let's not forget his role in getting NASA designed SCBAs on the rigs! 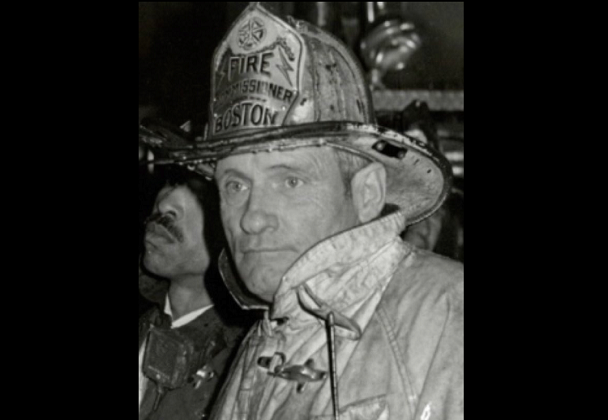 Stapleton was a popular speaker at fire conferences and seminars across the country and has received numerous awards for his contributions to the fire service, including a Lifetime Achievement Award from Fire Engineering magazine in 2006.

RIP Chief, Prayers for his soul and comfort to his family.

RIP Chief!
Condolences to his family and the BFD Jakes,
1

Rest in Peace Commissioner. May your families at home and in the Boston FD be comforted.
S

I met him at the Firehouse Expo in Baltimore one year. He signed a couple of his books for my son and me.
Just a brief meeting but I enjoyed the talk we had.
Rest In Peace Sir!!
L