Seems to me they need to clear the CHOP!
N

The guidelines of the Seattle Fire Dept involving the treatment of patients which could be a threat to incoming firefighters is similar to what many cities and towns across America have in place. As I remember, this type of policy was developed many years ago when firefighters would often come under attack while responding to fires that were purposely set to "lure" firefighters into the scene. Only to be attacked with bricks, bottles, or even shot at.

Even in small city fire depts. across the country, way back in the late 1970s, "staging" or waiting for the police to clear the scene was in place. Meanwhile firefighters could do nothing except watch the smoke rise, until the area was safe to enter.

How many MORE Firefighters would have been hurt or killed if such policies were NOT in place.
1

I live about 60 miles North of Seattle and will tell you the situation in the "CHOP" is appalling. The Seattle city government has completely rolled over and caved in to these mutts with little or no regard to the legitimate citizens of the area or the rule of law. The city abandoned the Seattle PD East Precinct. I'm curious as to when the city will finally take back the "CHOP"
L

FDNY has a similar policy although occasionally details of an incident get lost (or are never given) between the PD call taker, EMS dispatcher and the MDT sometimes resulting in finding ourselves in unsafe scenes. That said such precautions are a luxury compared to my time in Newark were PD was stretched so thin that we'd sometimes go to violent scenes without their protection, wrestling combative patients, fighting knifes out of hands, etc. That said calling a Code 5 in Newark made a 10-13 in the city look like child's play. Quite literally every ambulance in the city some may or may not with patients still in them would come screaming along with PD, ESU, fire, basically everyone with a radio. 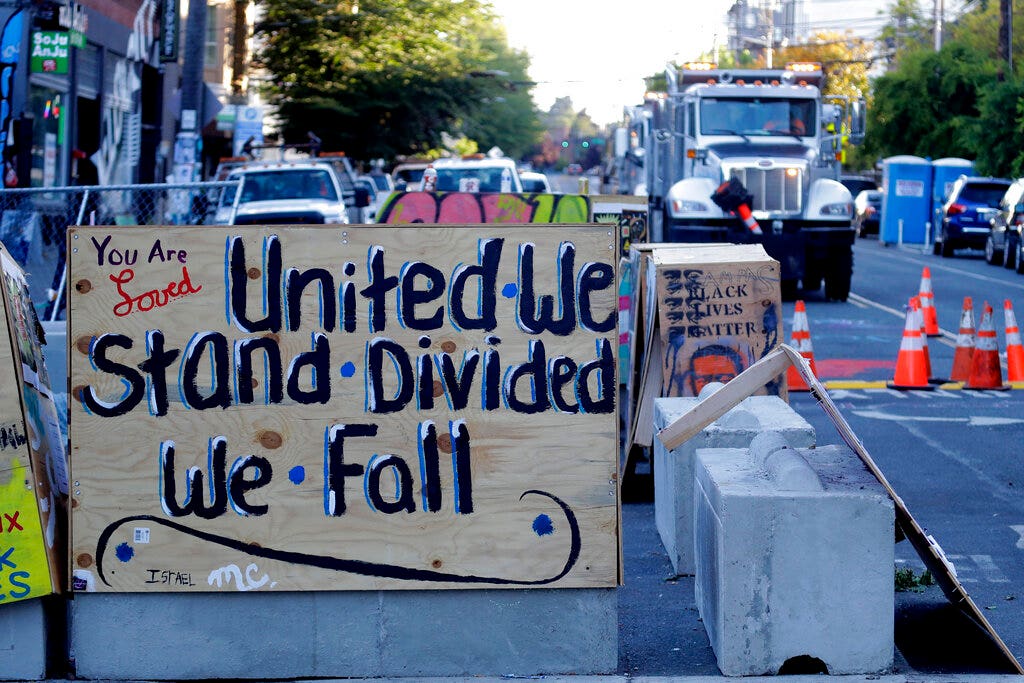 The City of Seattle, at the same time protesters occupied a “no cop, co-op” in the Capitol Hill district that included an abandoned police precinct last month, reportedly held a racially segregated employee training session to instruct white staffers on “undoing your own whiteness” in order to...