Lt Gary Howard - a good friend to many of us here.

What a great career at some of the best companies at thier busiest times. While I never have had the pleasure of meeting him, I'm friends with his son who is also very squared away. A testament to his father.
S Some facts about him-

Raymond J. Hellriegel, who became one of the first official photographers for the New York City Fire Department in 1939, died of heart failure Saturday at Bethesda Memorial Hospital in Boynton Beach, Fla. He was 73 years old and lived in Delray Beach, Fla.
Mr. Hellriegel was a 27-year member of the Fire Department when he retired in 1965. During his career, he photographed hundreds of fires for the department, providing possible photo evidence of suspicious fires.
He is survived by a daughter, Susan Barry, of Manlius, N.Y.; a son, Mark, of St. Petersburg, Fla., and a grandson.


I was working that summer day, Saturday, July 28th,1945, with Ray Hellriegel, the Official New York City fire Department Photographer on a story for W*N*Y*F. I was the 12th division representative for the quarterly Journal. This was before the establishment of the photo unit. Ray was a one man photo department operating from the tower of the Municipal building, by the courtesy of Ed Waterman, official photographer for the Board of Estimate. Ed was an ardent fire buff and had installed an alarm bell system and a tape machine that printed dots for alarms in his lab. At 9:50 a m an alarm hit in for box 681. We had a copy of Morris Heitowits manual of Manhattan Alarm boxes and noted it was located at 5th Ave. and E. 30th St. A short while later a second alarm hit in. Ray tried to contact the Manhattan dispatcher but couldn't get through, receiving a rare busy signal. Ray said " lets go, Jack, thats near the Empire State building." He hurriedly filled a knapsack with rolls of film and flashbulbs and handed it to me, then put cameras in another bag and we set off to the elevators. On our way we heard the third alarm bells ringing. Ray had a red chief's car at his disposal in front of the Municipal building. We rode up Broadway, with Ray driving while I pulled the bell and worked the siren. No two way radios. In no time, it seemed, we were on W. 34th St heading toward 5th Ave. A part of a wing of a plane was wobbling in the morning breeze in the middle of W. 34th St. It had rained the night before and the pavement was wet. Ray said "It looks like a plane hit a building", as he finished I looked up at the Empire State building, barely discernable thru the morning mist was the tail of a plane protuding from the upper reaches of the Empirs State. Fire Department units were parked in front with Hoses from pumpers going toward the standpipes supplying water to the interior standpipe outlets. Ray parked the car next to the 3rd Div. Chief's car and we exited the car and headed toward the doors. Firefighters carrying their gear were in front of us. We were in civilian clothes, we pinned on our badges and followed them. No one knew what floor it struck, panic existed in the crowded lobby as people rushed out and fire personnel rushed in. The elevator starter told us the elevators only went to the 67th floor. After a fast ride up to that floor we walked up the stairs to the 78th Floor, through a lot of water underfoot with a pungent gasoline smell filling the air. Ray started to take pictures as a bisk breeze coming through a large opening in the building, with the planes tail end sticking out and the front end jammed against a wall. We could see where one of the motors of the B-25 Air Force bomber had created a 2 inch groove in the cement floor as it slid across the floor and exited at the rear of the 78th Floor. This moter landed on the roof of a 13 story loft building on W. 33rd St. starting a fire that went to a 4th alarm. The Empire fire was a fifth. Forty minutes after the first alarm, Fire Commissioner Patrick Walsh ordered the 2nd, 3rd and 4th, alarm companies to take up. After we finished taking pictures on the 78th Floor, we were told by a Chief's driver that the havoc on the 79th floor was much worse, with a loss of life. Anxious to take more pictures, we went up the stairs to a scene of unimmaginable destruction of human bodies and offices. Piled on top of desks were horribly burned bodies of twelve women who worked for the war effort in the offices of the Catholic War relief services. Two men also perished in the flaming gasoline that spurted from the B-25's tanks. The Army Air Force pilot a Sergeant and an enlisted men died instantly. The plane from a Massachusetts base was flying low in a heavy fog when it hit the building between the 78th and 79th floors. Going in the direction of Newark airport he didn't realize the height of the NYC buildings. Ray snapped more photos until he ran out of film, he managed to get some of Mayor LaGuardia and Chief of Dep't. Patrick Walsh among the pictures which were printed in a subsequent story in W*N*Y*F. edited by George Hennessy and Arthur Golden who worked at the fire. Ray and I went back to the Tower lab and started to devolop and print the pictures, offering them on the phone to several New York Dailies. I was appointed a Probie on Jan. 1, 1938, retired as a Lieutenant in 1964. Ray was appointed on Jan. 1, 1939. It was one of many very exciting days I had in my 27 years in the job. Ray has passed away after a lifetime of fire photography, receiving many honors in the Fire Department and retirement.

^^^^Some good firsthand FDNY History....many Fireground photos in the old WNYFs by this fellow. The Cap's front piece has the anchor between the bugles. Possibly a green colored "5" from the Marine Division of days gone by?
C TRUE WW2 WAR YEARS ....OLD STEEL POT FDNY CIVIL DEFENSE HELMETS.....up until the early '70s in the former Qtrs of 206 on the unoccupied LAD side there were hundreds of these just rusting there in piles https://www.ebay.com/itm/234068276068?_trkparms=ispr=1&hash=item367f8e7364:g:gNIAAOSwZOJg2b2R&amdata=enc:AQAGAAACkPYe5NmHp%2B2JMhMi7yxGiTJkPrKr5t53CooMSQt2orsS22gQ6x0tansgdMn7HCckRL7Thr4MtcWUTatQezL%2BWFt3aSrTt2dzl%2BtT2%2B1pmsYA4wb6uBWi5m7X5696W5mVrzSD6jvynfARfoQdn072i9WcqrQppYSiNpUUUxRqy1pTTOrxBNy8xqGf2wV31FaTNRzmJAx75ziyDSBpxJMMSlFbp%2B709eS7Cj9jZ%2FuhiiVXhFOqWmuQqQJfZ92Dxv1nb%2BDcMkKU42JSJh4tKx%2BUlNJrbhe2fu%2BG%2Bd2RNk0g8b3ZcKFjj6J5VdyHS9CI%2Fry9LAGjDKE92sedvc%2F2ZWho92nfoQHMlNiGiQ%2Bj7x6aH%2Fe%2Bi098%2B8wql%2Fwi0EIDd%2BiO3uRcAO%2FpGzwPlbngEJboCHlWC0ZfdxdZk7Fv3DVKXKIKU4tKksVsqeHuXoFbAKVxE2KWNLgrXZVh1FLCUx9qg8zc3E1w6rXAMETsUtWo5uYgifdLWd90Sw85EvJN77lSKROO4hpqN447df0mXtult5YVJ7Ys%2BpxYggl3Rj3uOmeg%2BWgLJ6IZxgVh4Si5z7Zvb27wNWEKyYDmsoTN19pC4WRUDXbTOZjeSCirJAsolr05hYGBqE7NEHSgWgeBSWJT0QwYrPXzcM%2FsN%2FdK43Cm4kHkBNoE1U2VcG9J4coish3Hg5jEiunlxw7TYhfEFkAD9lCM7%2FeRxS6oZ7KI4RCXlbswvuU87g273%2FCF9xHvvqKJ4sX02hu3TlqWRxOIMS%2FMWi1ZsnWTDtI4vQBR4B0HnIARJ7%2B0o3w7I7IE7jYRRj9eRUQe2jb0slg5D3RSytkucXFLOQ1j%2B7oR%2B3GqAhBK9pHOMaWh75CkwMwSJOZzrubW|clp:2499334|tkp:BFBMwv6d5cNf
Last edited: Jan 3, 2022

It is too bad that sellers on eBay remove fronts from helmets to sell seperately to make more money. It is common practice for dealers to buy or obtain a retired member's helmet and then remove front for 2 resales instead of leaving the helmet intact. Old helmets with stories to tell look sad without their department and company fronts.
M

Anyone can do what they want with their own fire helmets but profitmakers who rebuy and resell should leave history intact.
M

That one is a wee bit steep in price(s). JMHO 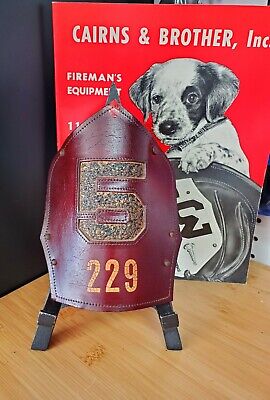