baileyjeff said:
I agree but in talking to a few BCs a few tend to doubt it will ever make a response.
Click to expand...

I would think that maybe it would respond because of the amount of foam it carries but I do agree it may never respond for use of its pump or monitors.

I'm always surprised at folks who think that a given piece of apparatus will never be used. Granted, there are no refineries that I'm aware of in NYC, and that's the primary reason that Ferrara developed this type of rig . . . but New York has seen more than its share of large fires where huge volume master streams would have been useful. If this were not the case, why would the big boats have been built with monster master stream capability (yeah, right . . . for use on the water, doh). But I think my point is valid. Take, for instance the 7th alarm at Box 103 in Brooklyn on Jan 31, 2015. (https://nycfire.net/forums/threads/1-31-15-brooklyn-7th-alarm-box-103.35290/). Both Marine 9 and Marine 6 used their biggest master streams for several days on this warehouse fire. Perhaps the new "super pumper" might have been of use at this fire, if they could have found a good position for it. Another possible use might have been the huge gas explosion in Jamaica back when. What about that pallet yard fire a few weeks ago? Will it be used every day? Of course not. How many times did the Foam Tender respond during its service life? Will the new pumper be cost effective? Maybe not . . . but I cannot help but believe that the occasion will arise when FDNY will be glad they have it.
L

I responded to a fifth alarm at Myrtle and Nostrand in the early seventies. It was a fully involved 4 or 5 story factory spreading into the rear exposures. We had several stangs and multiversals in operation, which was a waste of time. The supertender pulled up, and supplied by the superpumper, made the fire look like a joke. A few seconds in each window, one after another, and the fire was knocked down in what it seemed like a matter of minutes. That much water is needed now and then.
J

Never got to see the SP or the Tender in operation that must have been something to see. I saw it around Bklyn a couple times that's about it.
D

Nice exchange. As someone who was around when THE Super Pumper System (pumper, tender and satellites) went on the job, good to see this development. The 2000 GPM pumpers (first called, I recall, maxi-pumpers) were originally intended to replace the SPS. Guess not.

Factoid: I believe when the SPS was delivered it came with a spare pump that was never used. I wonder what happened to that?
D

Adding to Lucky; at an early job at a large warehousing in the west village the SPS made shirt work of a massive fire— until the radio message: “shut it down. We’re showering bricks all over the neighborhood!”

DCFDcar33 said:
Adding to Lucky; at an early job at a large warehousing in the west village the SPS made shirt work of a massive fire— until the radio message: “shut it down. We’re showering bricks all over the neighborhood!”
Click to expand...

FDNY Response Videos said:
So does anyone actually know where it’s headed or is this just speculation?
Click to expand...

It is back in Louisiana.
A 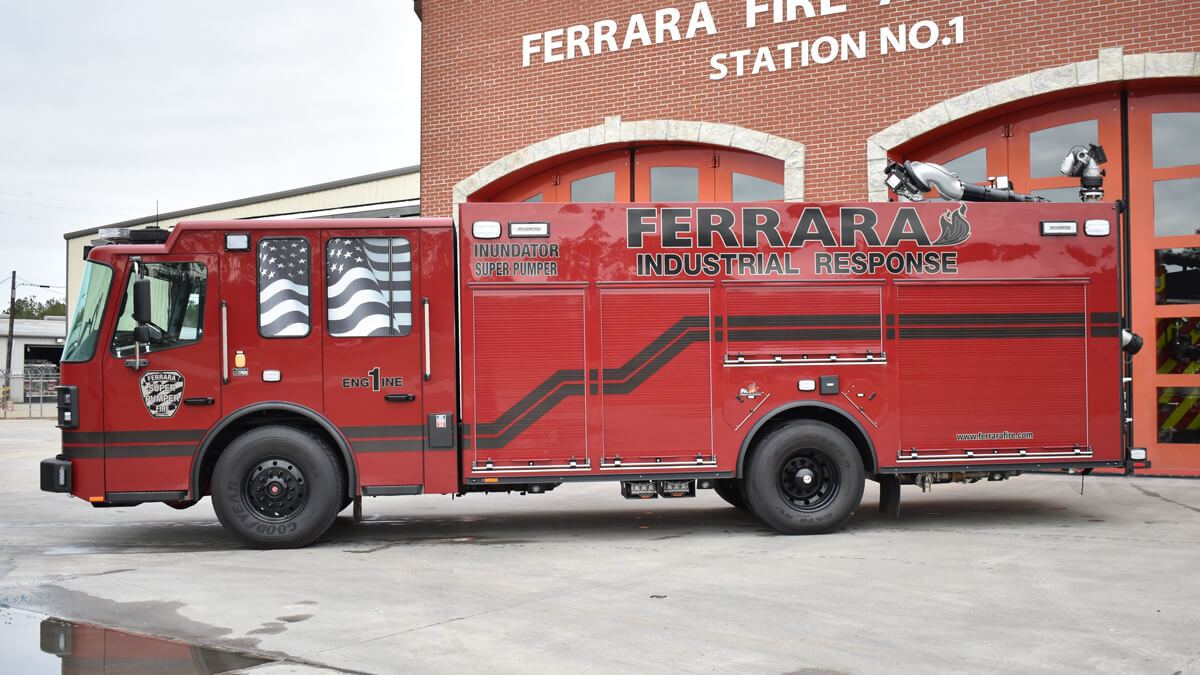 Did it go back because of problems or did the city not accept the unit?

baileyjeff said:
Did it go back because of problems or did the city not accept the unit?
Click to expand...

The city is going to accept it when it is eventually ready to go.
They wouldn't have ordered it and had it built to their spec if they weren't.
Not sure why you insist on this rig not happening.
B

I never said it wasn’t happening, I know the city has not accepted certain rigs for certain reasons. I’ll just keep my mouth shut.
N

Unless any of us have any "Confirmed" - OFFICIAL FDNY Information regarding ANY fire apparatus, all comments are purely speculation.
V

If the past history of the original Ferrari Hazmat tender rebuild is any indication we won't hear anything until the unit is placed in service.
B

Ferrari build a Hazmat tender? Anybody have any pics?
J

FDNYrigs said:
I think the name Super Pumper, Super Pumper System should be reserved for the original and its Tenders. This new 'off the shelf' engine is not even close to the original. Isn't history worth preserving? Maybe Mega Pumper for Mega High Rise buildings?
Click to expand...

Since the original Super Pumper System was composed of FIVE vehicles (pumper, tender, 3 satellites), and this is just one . . . "20% Super Pumper"?

The New Super Pumper will be housed at E260

skylerfire said:
The New Super Pumper will be housed at E260
Click to expand...